Backpackers far and wide know the Jetboil name for compact cook systems that offer reliability and ease of use at the end of a long day. By now, you likely already have a favorite model, whether it be the Flash for its lightning-fast boil times, the MiniMo for its ability to minimize camp dishes, or the SUMO for its large capacity.

With so many options in the lineup already, you may find yourself wondering what could possibly separate the Jetboil Stash from the rest of the pack?

In other words, the Stash is extremely lightweight. 40% lighter, in fact, than the 0.8L Zip, its closest sibling by weight in the Jetboil family. 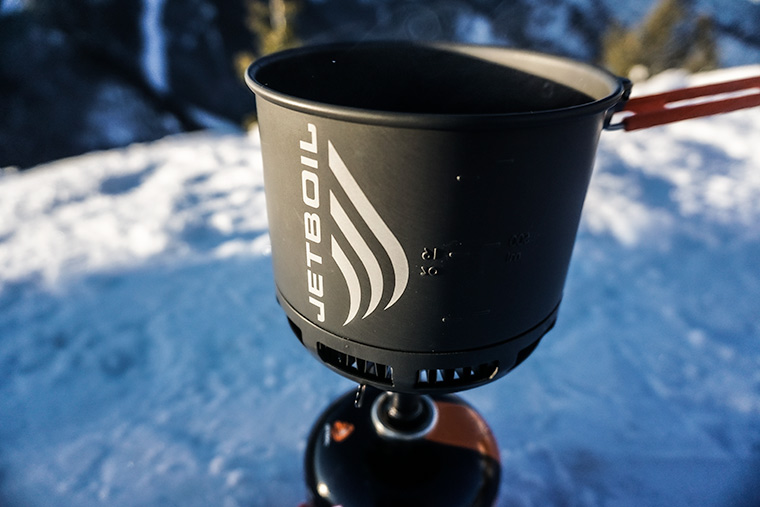 Combining the benefits of a standard Jetboil cooking system with the versatility of a MightyMo, the Stash gives you the ability to go ultralight without having to skimp on meals in the backcountry. Weighing just 7.1 oz, the Stash comes ready to fuel your next adventure without weighing you down.

Although ultralight camp stoves typically make some pretty significant tradeoffs to shed grams, the standout trait of the Stash is how many scenarios it can handle with ease. 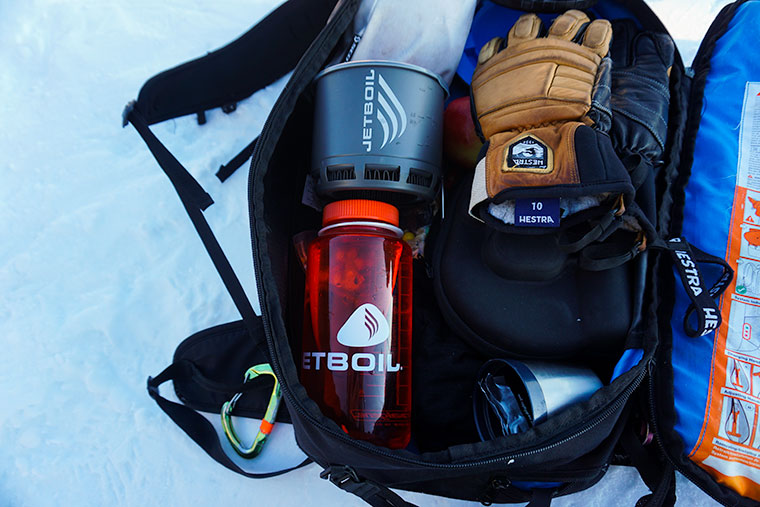 Naturally, it’s lightweight enough to be perfect for long backpacking trips or even mid-level mountaineering expeditions (think Mt. Shasta or Rainier), while still giving you the capacity to boil enough water to make for a substantial meal for one.

But say you want to go as ultralight and streamlined as possible. Pair the titanium burner with any cookpot from your collection at home and you can build yourself an even more stripped-down setup. 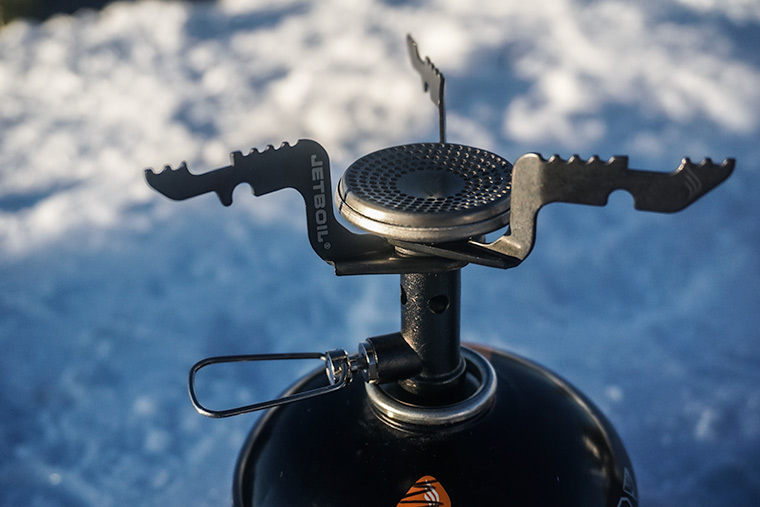 And for shorter trips or quick and easy car camping meals for two, throw a larger 1.5-liter FluxRing Cooking Pot pot on top, or another pot from your camp kitchen, and let the 4,500 BTU burner handle the rest. This functions similarly to the MightyMo, but each arm of the Stash burner platform is almost an inch longer than the arms of the MightyMo, resulting in a more stable option for pots both large and small.

In short, the Stash gives you something you can use on almost any outdoor adventure, making it the most versatile design in the Jetboil lineup. And that’s even more impressive when you consider that it comes in at nearly half the weight of any comparable stove out there.

Thanks to Jetboil’s use of a titanium burner, this system drops weight without reducing thermal efficiency or durability. When combined with the included FluxRing aluminum cook pot, the Stash can boil half a liter of water in just 2.5 minutes, and it’s hard to overstate how useful it is to be able to cook with any other pots and pans you bring along with you.

The Stash conveniently stores a 100g JetPower Fuel Canister, titanium regulator, lighter, and fuel-can stabilizer inside of the 0.8-liter FluxRing cook pot. This storage system makes it easy to keep all of your gear in one place and takes up less space than ever before. 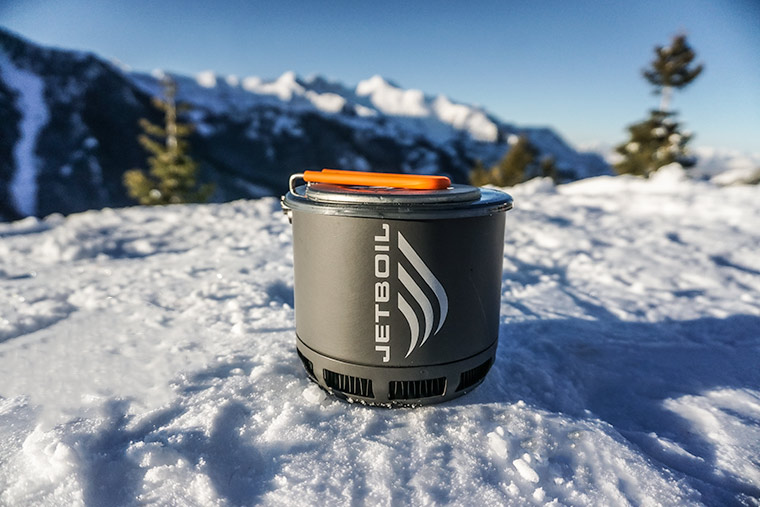 Similar to the MiniMo, the Stash features a short, wide design that makes cooking a breeze and offers a convenient spoon angle, letting you eat straight from the cup without having to resort to a spatula to get the last morsels. This is not only helpful in case you forget to bring a bowl along but helps you cut down on campsite dishes as well.

Plus, this design is also compatible with the Jetboil Grande Silicone Coffee Press, which you may already have in your kit, making it easy to brew up a delicious cup of joe.

Since you may already be familiar with some of Jetboil’s popular models, we thought it would be useful to see how the Stash stacks up next to them when it comes to boiling water in a real-world environment. Keep in mind that while the Stash does boil 0.5 liters of water in the advertised 2.5 minutes in a controlled environment, we took these stoves out and tested them to see how quickly they boiled the same amount of water when it was 35℉ outside.

Here’s what we found. 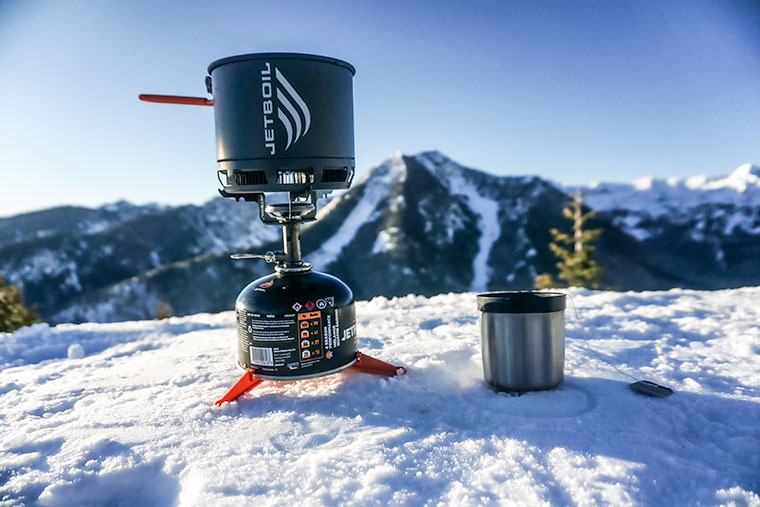 More than that, we tested the Stash at varying temperatures and even at high elevations while ski touring and found that it worked like a charm in variable conditions. And while we didn’t time how long it took to boil water at 9,000 feet, we had water boiling long before we were able to strip skins and transition, offering a nice way to warm up on a cold morning. 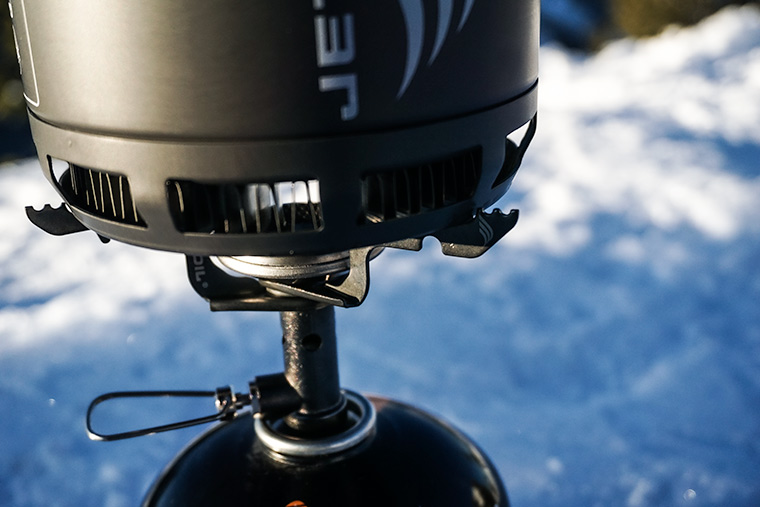 What Could Be Improved 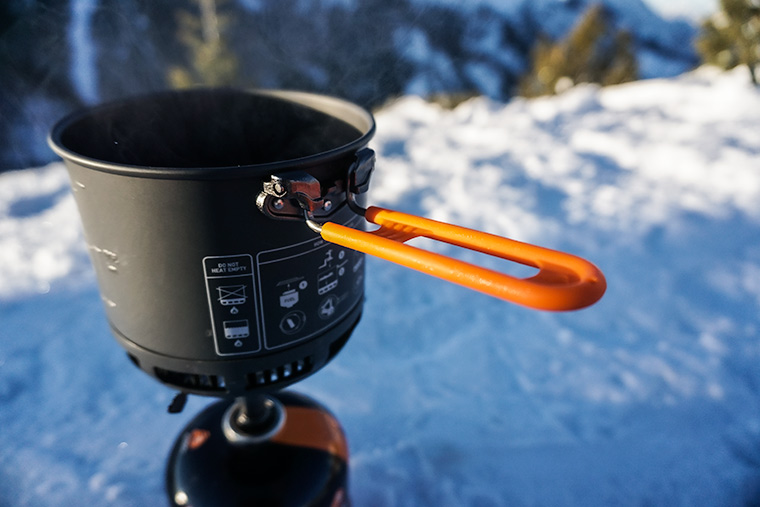 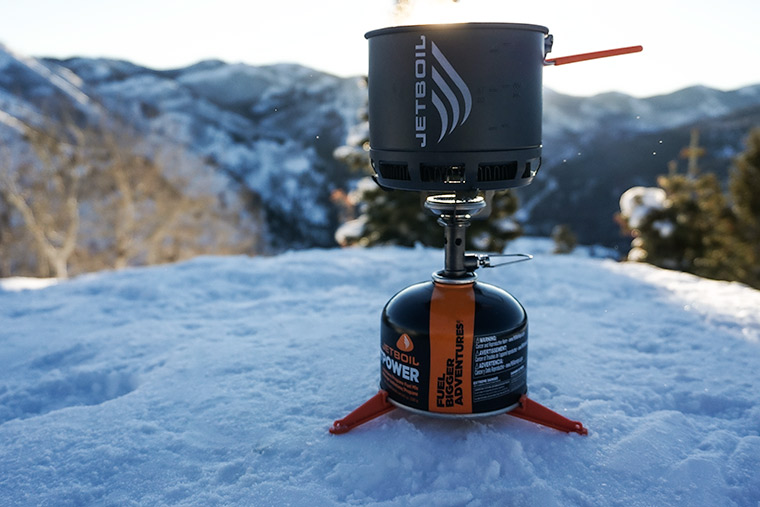 There’s no getting around it. The Jetboil Stash gives you a lot of stove for your money. And while you might not rush to get the Stash if you already have one of Jetboil’s other backpacking stoves, anyone in the market for a new one should put the Stash at the top of their list.

Offering versatility, unparalleled packability, and the reliability you know and love from Jetboil, the Stash is the complete package for any backpacker who wants to go ultralight but doesn’t want to go without.

Campman is an outdoor retail store located in Salt Lake City, Utah, that specializes in gear and equipment for camping, skiing, backpacking, climbing, and everything in between. We understand that the difference between a bad memory and the adventure of a lifetime can come down to the gear you take with you when you head outdoors, and we want our customers to have the best experiences possible. When it comes to getting outside, we get it, and we’ll get you the gear you need to get there.